We decided to leave on a Wednesday night, instead of a Thursday morning, because of the length of the trip. We wanted to be in Banaue in the morning, not afternoon. There were six of us on this trip: Rodel and Ly Anne, Monica, Jovit, Butch (my niece) and myself. We also had two drivers for the van, Neri and Mario, something that did not mean much.

The van was my brother’s so I had to bring home the car and rode the van back to the office. We were intending to sleep the whole journey to Banaue as it was almost midnight when we left. That did not happen.

I am quite picky and critical with drivers overtaking on main highways on out-of-town trips. Our driver was not good, I can tell you. Well, not good in a sense that he wasn’t careful as to the timing. It was mostly off – either too late or too early. So, all of us were really wide-eyed the whole time, just waiting for something to happen. When we start to doze off, a sudden change in the van movement will just jolt us back to wakefulness. So much for lack of sleep due to stress.

Well, we got to Banaue in one piece, with some frayed nerves. It was not that cold, just right. The streets to our lodgings, The Greenview Lodge, were narrow. But in spite of this, there were jeeps parked alongside, making it quite difficult to get through.

The Greenview Lodge looks more like a pension/dormitory type. Our rooms were on the floor below the main hall. The bathroom is located outside the room, along the veranda. Yes, we had a view of the mountains and the houses behind. Funny to see clothes hanging from lines.

We had breakfast then took a nap, sleep that was robbed from watching our driver. When we awoke, we had lunch. We then walked along the streets, peeking into souvenir shops. I got a walking stick for Dad or whoever would need it at home. I also got a “bulol” wood carving. If memory serves me right, the “bulol” is some kind of god that wards off evil spirits. I may be wrong and welcome any corrections.

We took some pictures. It rained and had to take cover outside a church. The weather was a little dim and was quite disappointed. It was April and the start of the summer season- why was it raining? Well, it was weird. We walked when the rains stopped. We decided to return to the lodge and lounged.

We had an early dinner and had a few drinks on the veranda. It turned out to be a haven for all kinds of moths! White ones, spotted or striped ones, big and small- almost everything! I was trying to find one that looked like the moth on “Silence of the Lambs.” Now, that would be a find!

We retired quite early as we were leaving for Sagada the next day. I was expecting it to be cold but was not granted it. Well, Sagada should be cooler. But then again, the weather may change. It still bugs me that it rained.

The next day, we had quite a late breakfast. The dining room was quite full and had to wait for the majority to finish. While waiting for a table, we asked around on how to get to the rice terraces.

There are actually a couple of places that have rice terraces. The best one was at Batad, where a female Peace Corps volunteer was found bludgeoned to death a few days before we arrived in Banaue. She was murdered by the husband of the owner of a store she stopped by to buy a Coke from. The husband said he mistook her for his neighbor, whom he had a grudge, when she bumped him on the trail. Hmm, not a nice thought.

Anyway, the Batad Rice Terraces would take the whole day going to and from it. That was out of the question as we were off to Sagada. Jackie, our lodge receptionist, suggested the view deck on our way to Sagada. It also offers a great view of the rice terraces on this side.

So, off we went. At the view deck, Jackie was not wrong. The view was spectacular! It was also noted on a marker that this particular view of the rice terraces was what was on the 1000 peso bill. Ha! A touch of trivia!

Rodel went clicking away. He went to one of the rice terrace and took more pictures. There was a small hut nearby that had animal skulls hanging on the eaves. Kind of eerie but made a good photo subject. Monica even wore an Ifugao headdress. She wanted her picture taken right away as she wasn’t comfortable wearing something worn countless times by whoever went there- hehehe. We went on our way. We stopped a couple of times on Rodel’s request to take pictures.

Next stop: Sagada, Mountain Province. More on my next blog. 🙂 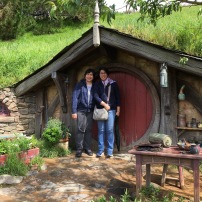 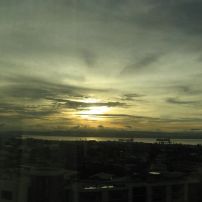 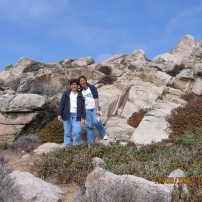 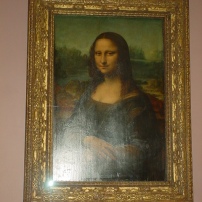 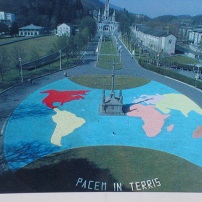 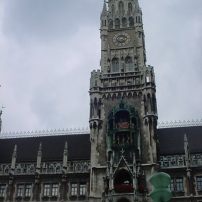